What Are The Symptoms Of Prostate Cancer?

During stages 3 and 4 of prostate cancer, when patients may begin to experience prostate cancer symptoms, the cancer is likely to have spread outside of the prostate gland, most commonly to the bones.

As a Urologist, I find myself being asked the same questions again and again when it comes to prostate cancer, and that is a huge motivator for me to continue raising awareness when it comes to men’s health.

What are the symptoms of prostate cancer?

The symptoms of prostate cancer generally do not present until stages 3 and 4 of the cancer.

Stage 3 and 4 prostate symptoms include: 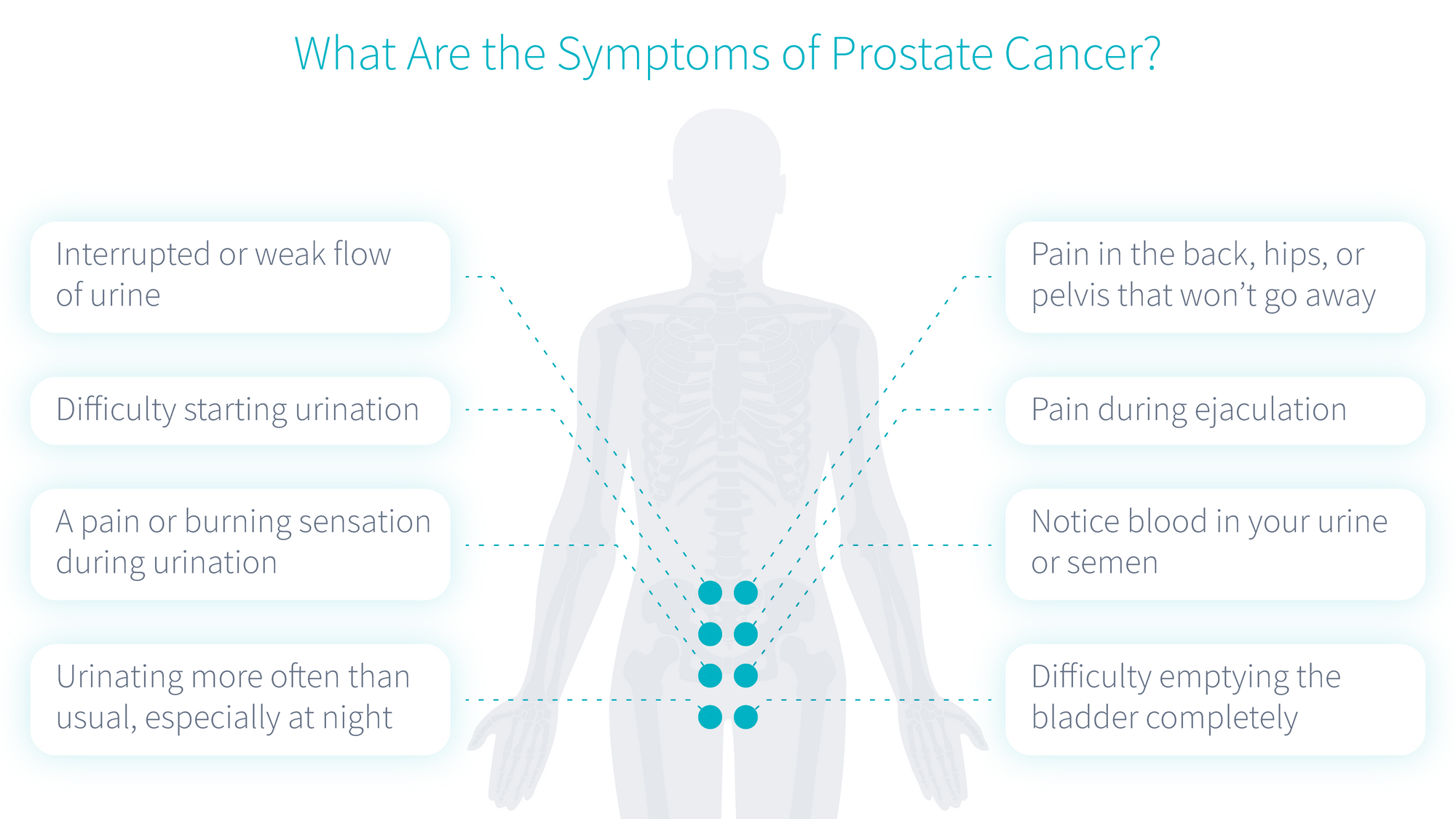 Many of the men who get diagnosed will come into the physician’s office with symptoms, but realistically their symptoms are not related to prostate cancer; they will come in with symptoms that are related more to age changes that happen in their prostate.

As men get older, their prostate naturally grows and as a part of that natural growth, they begin to have urinary symptoms. When the prostate grows, it is not solely down to cancer, it is also age-related.

Men may begin to experience symptoms which we refer to as BPH or Benign Prostatic Hyperplasia.

The above are often symptoms of the enlargement of the prostate and those are usually the kind of symptoms that bring a man in to my office and often in the conversation of talking to them about their urinary symptoms, one of the common queries I’ll have is: “Have you ever been tested for prostate cancer?” or “Do you have a family history of prostate cancer?”

If men have a family history of prostate cancer, there is a much greater chance that they will have prostate cancer and for this reason, they should start testing at a younger age and ensure that they are getting tested frequently.

To circle around on this, it’s important to realize that the symptoms of prostate cancer will really only present themselves if the cancer itself is very very advanced and those kind of symptoms in that setting are things like a blockage of urination so that they can’t urinate, blood in the urine, weight loss and bone pain. Bone pain occurs because one of the things about prostate cancer is that is tends to spread to the bone.

This is why I would again urge people to understand their family history and ensure that they are attending regular screening if they do have a family history of prostate cancer. 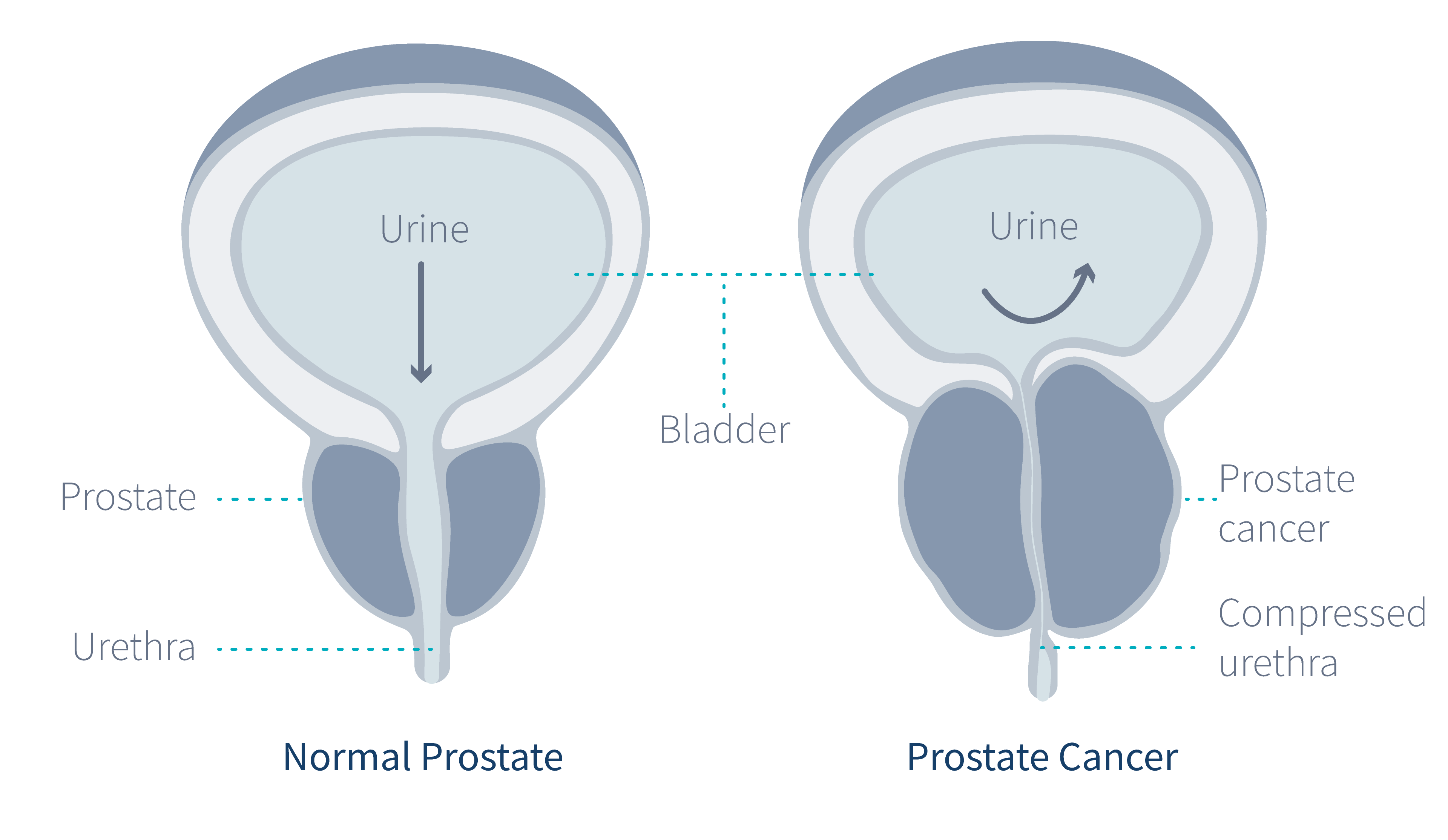 What are the 4 stages of prostate cancer?

There are 4 stages of prostate cancer:

Stage 1: The cancer is small is confined to the prostate gland.

Stage 2: The cancer is larger and may be in both lobes of the prostate, however it is still confined to the prostate gland.

Stage 3: prostate cancer has spread beyond the prostate gland to nearby lymph glands or seminal vesicles. You will likely experience symptoms when if you have stage 3 prostate cancer.

The severity of your cancer depends on where the cancer is located in the body. It ranges from stage 1 which is where your prostate cancer was detected, not because of any ouvert sign or symptom that anybody felt on exam or anything like that but it would be detected because maybe there would be another procedure and then we might find microscopically that there is a small amount of prostate cancer confined to the prostate gland. It’s at a very early detection and it’s often incidentally found in stage 1.

Stage 2 is more developed meaning that there is more cancer there but it is still fairly early and because of that, it is confined to the prostate, it hasn’t spread outside the gland itself.

We want to catch it if we can in the stage one or stage two level. When we get to stage 3 and certainly to stage 4, it becomes more worrying. Stage three means it is going outside of the prostate but it hasn’t gone particularly far, stage four means it has now gone to other parts of the body.

Stage three and stage four are bad because that means they have got a disease that is now more advanced. That person will probably never be cured from their prostate cancer.

The goals of treatment for those people is to try and slow the cancer down for as long as you can but we’re not going to ever fully eradicate the cancer from the body fully.

The challenging goal for us is to catch prostate cancer in stage 1 or stage 2. 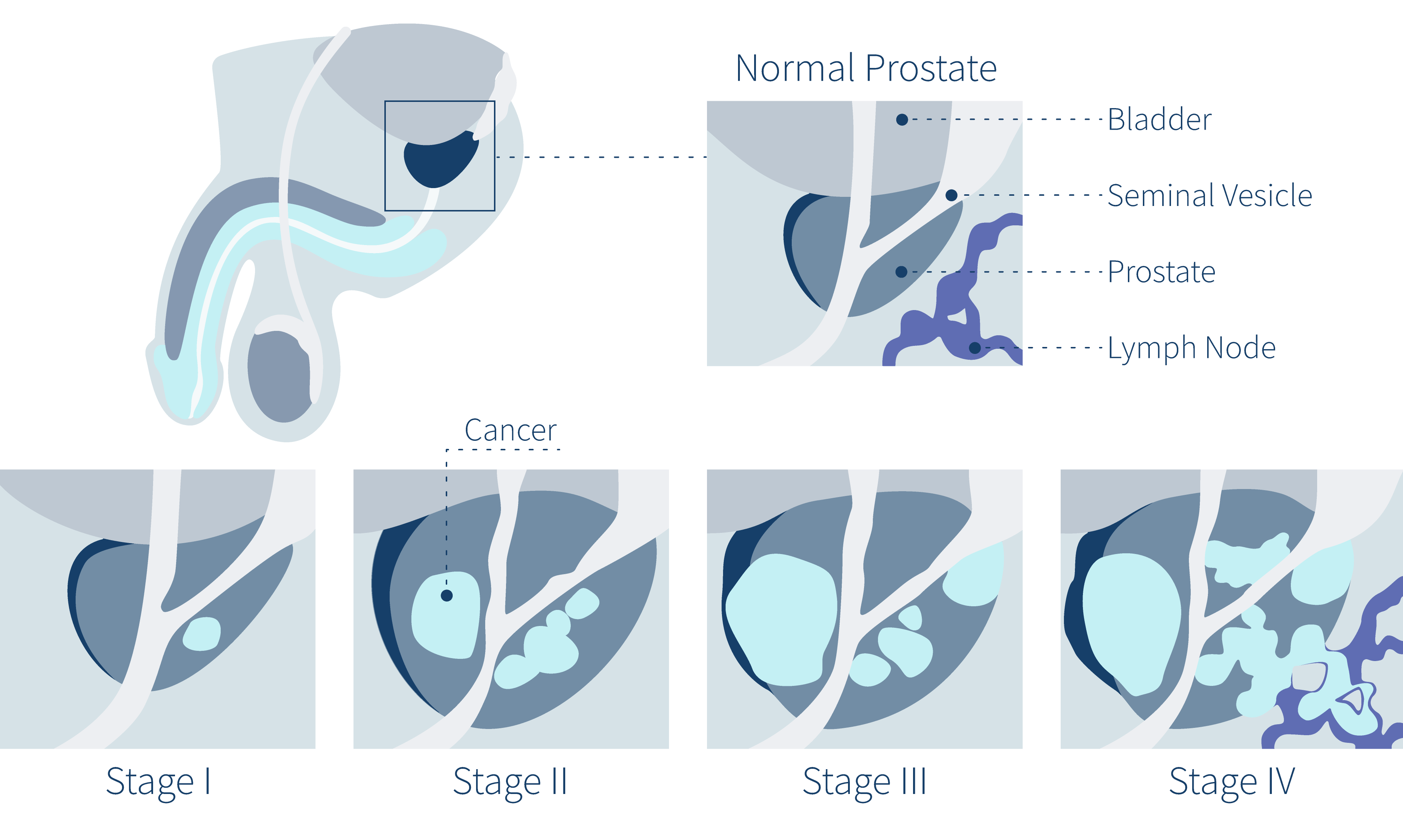 It is estimated that approximately 31,000 people will die this year in the U.S. from prostate cancer according to the American Cancer Society.

It is believed that if prostate cancer is caught early, while it is still in early stage and confined to the prostate, treating the disease can actually provide cure and improve survival. Interestingly, many men who develop prostate cancer actually have non-aggressive prostate cancer and actually don't require any treatment at all.

Rather, they simply need to be monitored closely to be sure that there disease does not change and become more aggressive.

How Can You Screen For Prostate Cancer From Home?

When Should You Check Your PSA Levels?